If you enjoy this short story, please ‘vote’ for it to be included in the next anthology from Something Or Other Publishing (SOOP). 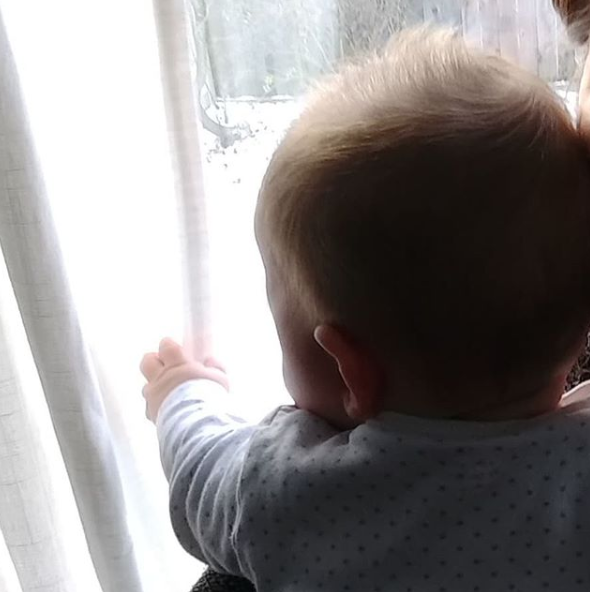 This story covers sensitive topics which may upset some readers. If you’re in Canada you can call the Victim Support Line 24/7 toll-free at 1-888-579-2888 or at 416-314-2447 if you’re in the Toronto area. You can also contact Victim Support Service Info, Ontario Ministry of the Attorney General or Ontario Office for Victims of Crime.

Every time the doorbell rang, she jolted, heart beating like a frightened rabbit. Dropping everything, she hissed at her children to stay in the room together, away from the front door. She walked slowly, peering out the glass–the postman was already retreating down the steps into his van en route to the next house.

She let out her breath before unlocking the deadbolt and snatching the parcel off the porch. Locking the door, she leaned against it and took a deep breath to smooth the worry lines from her face. Resuming her smile, she dropped the post on the counter and asked the kids to pick out a story before fixing their snack.

Her days were filled with routine and peppered with checkpoints. Ordinary tasks like grocery shopping, school drop off and a walk to the park had the makings of a military exercise. She was certain her children could sense she was constantly on edge but did her best to downplay it. She smiled often and broke into song instead of barking instructions at them. Everything was made into a game with rhetorical questions.

And what do we do if a stranger approaches us? Run away.

And where do we go if we lose Mummy or Daddy? Find someone who can help us.

And what do we do when we hear our special word? Stop, hold hands and listen very carefully.

He didn’t have a reason to contact her outright. Once he found out where she lived, he started driving through her neighborhood on his way home.

He wondered what her life was like now. It had been years but he reckoned he could still read her mind. People don’t change much, kids or not. He didn’t have any of his own but his friends who became Dads still had the same life, same problems, with less time and money.

Sometimes he missed her but the earlier he knocked off work, the more likely he’d be to catch a glimpse. She was usually alone with the kids. This new family were strangers to him but she remained unchanged.

Sunglasses were always in the car and her bag. Keys within reach. Her phone was always charged, off airplane mode and unlocked. Leaving the house took ages as it was with young kids and these new rituals added a non-negotiable buffer to her going outside. She vowed never to be caught unaware and treated each outing carefully with its’ own list of duties, every time.

Before entering the car at home or in parking lots, she circled it, inspecting the boot and backseat. Only then would she fasten her children in their seats, get in herself and promptly lock the doors.

Phone within reach. Sunglasses on. She began to drive, surveying the parked cars and oncoming traffic, the license plate numbers and vehicle models imprinted by memory. Recording the distance from her home to each outing, she estimated how long it should take her to get there and back.

As he began to recognize her afternoon routine during school pick up, he tried to match it with his. Sometimes he drove past, other times he parked and waited.

If she was driving, he knew he wouldn’t be able to make eye contact but he would ease up on the gas and try to draw out the moment a bit more. She might be deep in thought or distracted as she spoke and turned to check on something in the back seat.

Other times, she was getting her kids out of the car, so he got a longer look. If he was feeling extra gutsy, he’d circle around again or visit a drive through to buy himself more time.

She felt comforted when a police car drove past her house or could be found parked in a lot near the shops as she ran her errands.

They’d visited her at home, listened to her calls and read her reports. The number of recorded incidents increased. She was often alone with her children and distracted when it happened.

The first few times she recognized the company vehicle but assumed they had contracts with the local businesses. One day, she saw the same vehicle circle around and park outside the school. When she returned to her car it was still there. She fastened her kids into their seats and realized with unease who it was.

Perhaps there was a pattern or perhaps it was purely coincidental, the police mused.

Stay alert, remain aware of your surroundings and document everything. Without him approaching her, they were all powerless to proceed. Case closed.

It was like an itch he couldn’t scratch. The more he saw her from a distance, the closer he wanted to get.

He knew he couldn’t leave his work vehicle or approach her on the street without getting into trouble. Sometimes he wore his hat or sunglasses to shield his face, as he gripped the steering wheel to keep from waving.

He stole glances as he drove past her on the sidewalk, cradling a baby on one hip and instructing a little girl to hold her other hand.

She was too busy to notice him but he drank it all in.

She began encouraging her children to hold onto her coat pockets and learn how to climb into the car and their seats, to keep her hands free. They practiced reciting their names, their parents’ names and their home address. The older girl was encouraged to talk for the younger one, as she didn’t have as many words yet.

Her husband was sent calendar invites to the events and meetings she planned to attend, receiving texts when she arrived and as she prepared to leave. A fiercely independent woman used to exploring foreign cities on foot, she no longer went for walks alone in their neighborhood.

Every night, they began the ritual of closing the window blinds and checking the locks. But his presence crept into her dreams and other strange intruders entered her sleep uninvited. She always woke with a start before finding out why they were in her home, just as they reached out to her.

When her afternoons fell out of sync with his, he started driving by her local neighborhood in the mornings. He was less likely to spot her walking around but might pass her on his commute.

The main road was always jammed with stop and go traffic, so he’d sit and wait, sipping his coffee as he slowly inched past the major intersection. It was a good day when she zipped past his window, only a few feet between their driver’s side windows for a brief moment.

He wondered what they’d talk about when they finally reconnected.

She started reading a book on self-defense and enquired about classes at the community center. Unfortunately, they didn’t have any but they did offer one for women last summer.

Her voice wavered and she’d find herself crying in front of complete strangers and her own children as she made her enquiries. The staff listened intently and wished they could help her more, as she wandered off to the library for story time, wiping away embarrassed tears.

Women who were complete strangers held space for her. Offered emotional respite but unable to shoulder her pain.

“Be careful,” they said.

“Mind yourself,” they said.

She represented their Mother, Grandmother, Sister, Daughter, Friend, Colleague. Her children were like their own, grandchildren, nieces, nephews, the neighbor’s kids.

Her story illuminated their fears. Triggering a great remembering of their own vulnerabilities and the fragility of life.

She was them and they were her. But there was nothing anyone could do but wait.

Wait and watch for his next move. 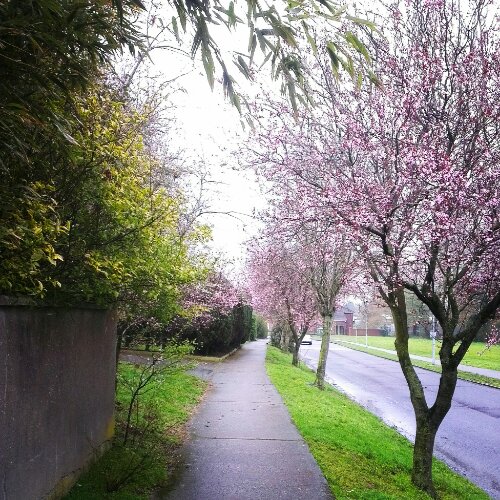 If you enjoyed this short story, please ‘vote’ for it to be included in the next anthology from Something Or Other Publishing (SOOP).

A fictional short story told in 1,288 words from two perspectives: A woman being followed when she’s alone with her children and the man pursuing her. The reader is taken along as the internal dialogue alternates between both parties. The perspective of a potentially paranoid, overprotective Mother transforms as the reader discovers she is the victim of stalking behavior that remains on the ‘right’ side of the law. All the while, the reader journeys into the perpetrator’s mind and his obliviousness to the effects his actions are having upon others. The reader learns about their history and motives with mounting suspense but is left waiting for the next move to unfold.

This site uses Akismet to reduce spam. Learn how your comment data is processed.