I’m on a bus to Dublin airport en route to Canada for the bank holiday weekend so I might as well share some highlights from our trip to Edinburgh.

First I will start with Customs – for all you international couples out there, be sure you check your boarding pass before going through security. Turns out I forgot I’m not really Irish or an EU passport holder so we had a bit of a hiccup at the gate. Luckily I made it through with a sheepish grin!

Once we touched down it was under 20 pounds for a black taxi from the airport to our hotel on Bread St at the Double Tree Hilton. We were a short stroll to the theatre district and Grassmarket area, which is a lot more touristy now but back in the day, was used as a public gallows and an area for selling livestock (like the ‘mart’ as they say in Ireland). It was here that we sampled some local brews and whisky at The Last Drop. You may guess by the name, it was supposedly where those visiting the gallows enjoyed their last drink in this life. Similar to England, they ring a bell for last call and sometimes dim the lights. In Ireland they usually flash the lights before ‘lock in’ where the bar is closed from outside but you can still finish your pint.

We spent the next day walking the Royal Mile which leads to the Queen’s home when she visits the city at Holyrood Palace. On our way, we stopped by the Scottish Parliament and sat in the sunshine at the bottom of Arthur’s Seat.

We walked up to Calton Hill instead of the more serious climb up the former, for a lookout over the city and the Firth waterway that surrounds the northern part of Edinburgh. It was beautiful.

Oh look, here’s a pic I snapped of some local lawn bowl players. Almost felt like we were back in Oz! 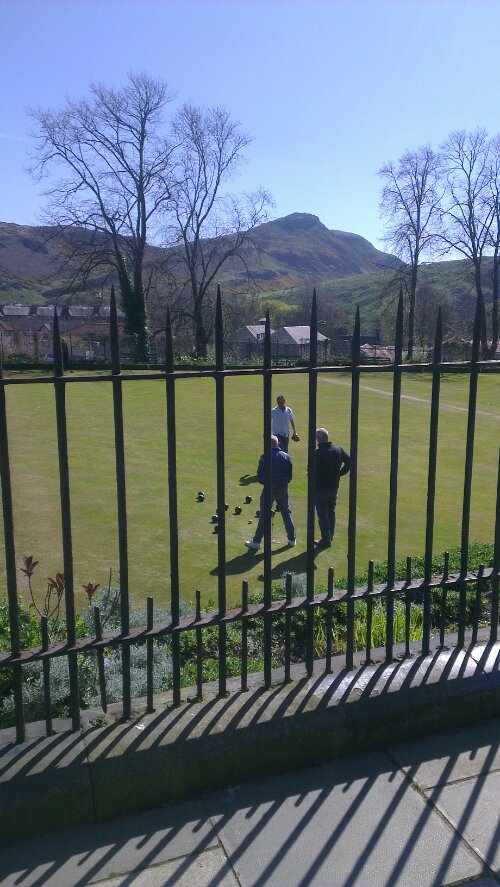 We walked back up Princes Street amongst the throngs of shoppers and ate at a pub down one of the pedestrian streets. 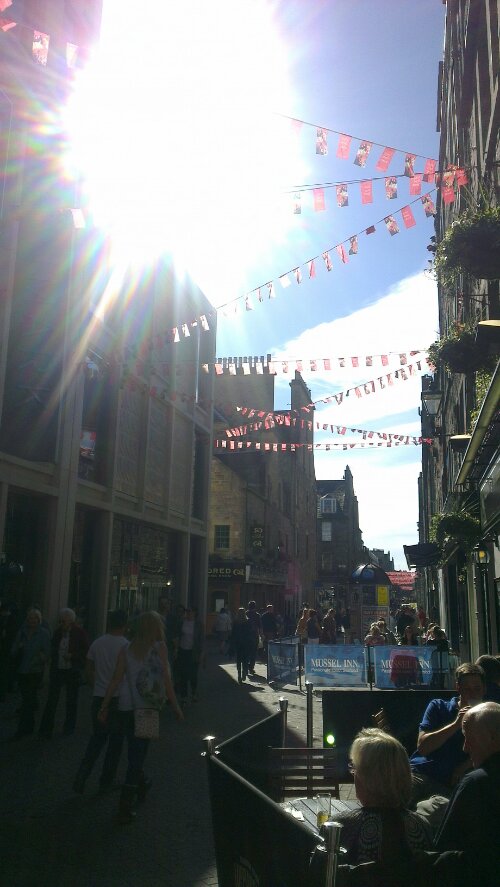 Later that night we had drinks at Brodies Tavern, another local tourist spot and rested up for a big day at Edinburgh Castle, which sits atop volcanic rock overlooking the city from all angles. Tip: buy your admission tickets online to skip the queue.

We spent the rest of the afternoon enjoying more sunshine and stopped in at the Elephant House Cafe where JK Rowling wrote Harry Potter. 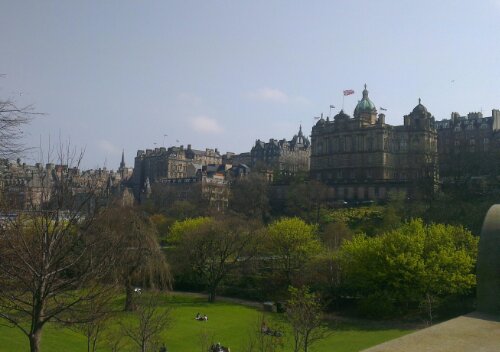 That night we went to Frankenstein’s, one of the popular local bars, where we sang along to karaoke (badly of course)!

It was surprisingly quiet for a long weekend but being Easter, everyone was probably enjoying time with the family. It was nice as the city wasn’t too overcrowded with tourists, which we heard happens during festival season. The city seems to have events happening on a regular basis and there’s definitely enough to see during a weekend trip.

Edinburgh is a beautiful city and I will hopefully go back again!